A slight decline, but still strong.

Even though The Serpent Servant got the attention of a large group of people, Impending Doom and their label made sure that EVERYONE saw the news about the release of Baptized in Filth. Not only did it succeed in doing so, but it also brought in a lot more worldwide support. Probably part of what caused that big jump in popularity for Impending Doom is that they decided to join in on the trend that monsters like Meshuggah, Born of Osiris, Veil of Maya, The Faceless, and Animals as Leaders are on. In other words, Impending Doom has gone back to putting a lot of dependence on breakdowns. But this time it’s different, the breakdowns that they use now aren’t generic and super simple, they’re fairly complex in nature and have a lot of diversity. The big question is: will this new sound work for Impending Doom?

The answer to that is yes, it has worked very well with them. But the thing is that Impending Doom doesn’t have a unique, recognizable sound…which is pretty much the definition of a “generic” band. It is true that Impending Doom has gone farther from the generic deathcore sound than they ever have before, but they are still more generic than most other deathcore bands out there due to them not having COMPLETELY adapted to this style. But this new sound has brought Impending Doom out of the super limited realms of the generic deathcore scene and into a much larger area that has more room for creativity.

The sounds of the instruments on Baptized in Filth are different than any other album they’ve ever come out with. Impending Doom is known for having the treble turned down, extremely thick and heavy guitar distortions, shitloads of bass, and drums that sit behind everything else and work as a backbone. This time, the drums stand at the front of a line with a powerful, punchy sound that doesn’t have nearly as much bass as the drums in There Will Be Violence and Nailed Dead Risen. I don’t know if I like this or not…it sounds good with the sound, but those thick and deep drums were the only (somewhat) unique trait that I could find in Impending Doom, and now it’s gone. The guitar distortion has also lost almost all of its thickness and crunch and has tightened up a lot to sound really technical with the drums.

One big improvement that they’ve made is that I can actually hear the bass guitar in this album! That’s probably what I hate the most about deathcore, the fact that you can’t hear what the bassist is playing most of the time. On Baptized in Filth, the bassist stands out with the drums and encases the listener in paradise. The vocalist now has a very solidified and developed mid-range growl that he seems comfortable with and he finally perfected his screaming!! That’s what I’ve been waiting for the vocalist to do this whole time, perfect his vocals! This is definitely an improvement on his part. 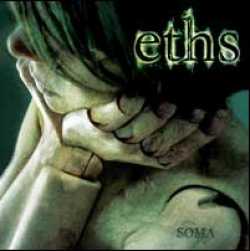