10 Август 2008
20 / 20
When someone says "Melodic Death Metal", what comes to mind ?
In Flames, At The Gates, Children of Bodom and Arch Enemy ?
Insomnium are, without a doubt, one of the chronically underrated and underappreciated melodic death metal acts around at the moment. "Since the Day it All Came Down" is their second full length release.

Each of the 11 tracks on this album contain a unique sound, whilst driving home the standard MDM power that fans have come to love. Variances in tempo, between acoustic and electric instrument work (Resonance - a track that is reminisant of The Jester Dance from In Flames in style) and tone all combine to create a technically rich musical journey.

A much talked about issue, in the melodeath genre, is the lack of a clear distinction as to what exactly qualifies a band as "melodeath" and that many of the bands commonly refered to as such, lack the death metal vocals many fans constantly pine for. This issue surfaces itself on the album, with the vocals showing some traits seen in the death metal scene, whilst not conforming to them all. This is an issue that may influence some purists to ignore Insomium, and STDIACD.

The standout tracks would have to be "The Day It All Came Down" and "Resonance". Resonance is an entirely acoustic track, that serves as a transition between two much heavier tracks in "Death Walked the Earth" and "The Day It All Came Down". It's a very relaxing track, and one that many purists will be able to enjoy. The Day It All Came Down is an aggresive and melodically rich track, than serves to juxtopose Resonance (the preceeding track). This one is definitely for those who enjoy there music loud and proud, and centre around one rich melody.
Without a doubt, TDIACD is the best track on the album.

If you are a fan of melodic death (or are slightly interested in MDM), I suggest you to find a copy of this album, as it is one that you will listen to over and over and over again.
Insomnium Live true to their name, because this album will not put you to sleep. 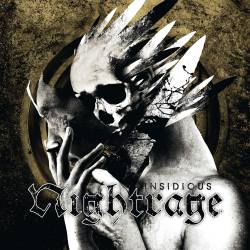