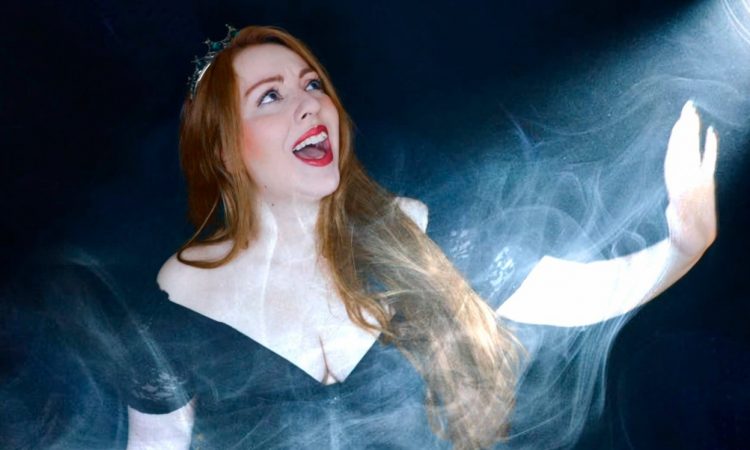 One of R.E.M's most popular songs, Losing my Religion, gets a classical crossover version by Aline Happ. The beautiful vocals match with the melancholic lyrics of the American alternative rock band. Aline Happ's version brings elements of folk and Celtic music, including instruments such as harp and flute. The song was released on Aline Happ's YouTube channel, which already has versions of Scorpions, Linkin Park, Metallica, among others.


“R.E.M already had a folk influence, so I wanted to make it even more present, adding Celtic elements to this classical crossover version. Percussion, harp, synthesizers and flute helped me to create a more ethereal and medieval atmosphere.”, says Aline Happ about the track.


The videos posted on Aline Happ's channel are sponsored by her fans on Patreon. Known worldwide, Lyria is a Symphonic Alternative Metal band founded in 2012 by Aline Happ. Since then, the group has released two albums via crowdfunding support, Catharsis (2014) and Immersion (2018) and played in several Brazilian cities and also online concerts for all over the world.


Aline Happ's first solo album crowdfunding campaign was a success! Happ is recording her first Celtic/Folk versions of Rock and Metal songs album. The artist reached more than 200% of the goal and soon will announce the next steps about the album and the perks selected on her campaign.